Something that continues to fascinate me – especially so, given the unfiltered broadcasting of mine and Simon's fertility journey – is the number of people who assume that our difficulty conceiving is the result of an issue with me, the female. 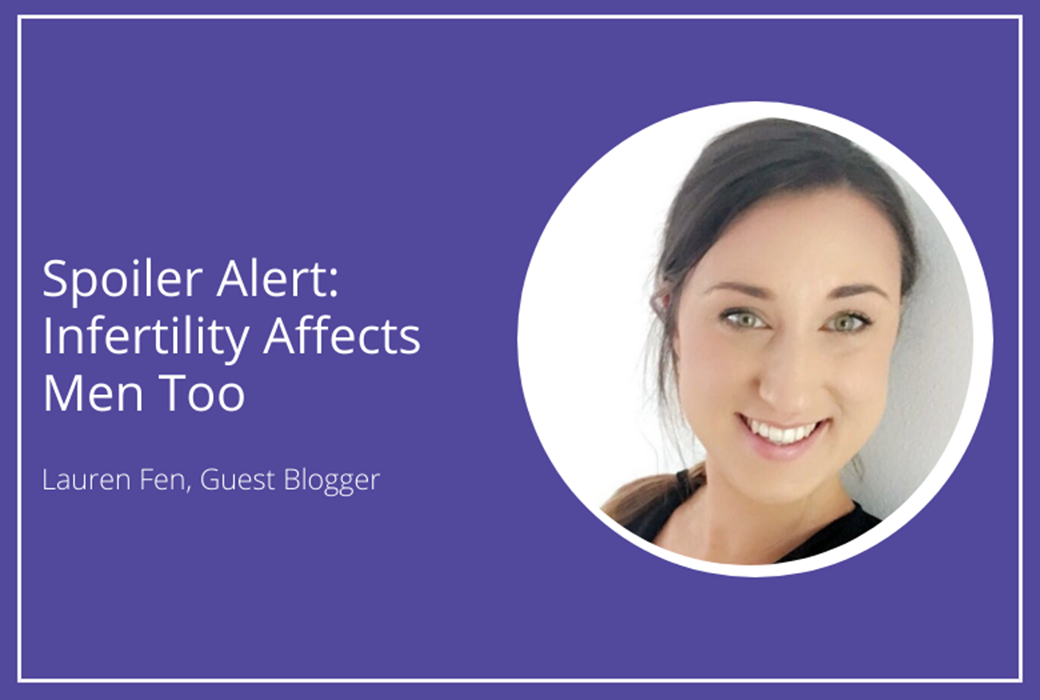 I’ve lost count of the number of times someone has brazenly suggested I consider using a surrogate, completely disregarding the possibility that it might not be my reproductive system creating an obstacle; or the number of occasions where a social interaction has morphed into some kind of brainstorming session about what could be wrong with me – citing everything from my workload to my skincare routine as possible problems – without so much as a glance toward my husband, or indeed his genitalia, which just so happen to harbour millions of sub-optimal swimmers, incidentally. Sorry, what was that you were saying about my shea body butter being to blame? <Insert eye-roll here> Whether these people realise it or not, the undertones of what they're actually saying is clear: infertility is a female problem.

Infertility stigma dates back in history

Without wanting to go off on a morbid tangent, for context it's worth noting that this stigma dates back to a time in history when women were not only blamed but also frequently killed for their perceived inability to bear children. A horrifying but important truth. And although things have clearly - thankfully - changed over the centuries, women are still so often held accountable for infertility whilst men are overlooked, even today. This is in spite of all the scientific and societal advancements of the last few decades and in spite of new research indicating that issues pertaining to the male partner are now widely considered by medical professionals as the leading cause of infertility. But history lessons and medical studies aside, the point I'm actually trying to get at is this: by discounting the role of men when it comes to infertility, we are also discounting the impact it has on them.

Spoiler alert: infertility affects men too, irrespective of where the complication lies.

There will be differences, of course, between the male experience of infertility and the female one - particularly in terms of treatment. It’s unlikely, for instance - although I won’t rule it out - that men will have had the misfortune of experiencing the sharp sting of an ovulation suppressor or the waxy penetration of a progesterone pessary. But still, they’re on the same rollercoaster that women are; enduring all the ups and downs, twists and turns, long waits and dead ends, just from a different vantage point, and maybe even with a heightened sense of helplessness.

And whilst one person's natural instinct on a rollercoaster might be to scream bloody murder for the duration (me), their partner might be someone who sits nonchalantly beside them, without making a fuss, staying cool and collected and vehemently denying the hellishness of the ride until long after it’s all over. It's for this reason, I'll confess, that I sometimes forget that my husband is dealing with the same things I am. I know, I know, I'm an awful, self-absorbed little gremlin but it's true. Amidst all the appointments and adrenaline of IVF, I forget that I’m not the only one this process is hard on. But every so often, I'll catch him looking at the man on the train with a dribbling baby strapped to his chest or I'll I notice the way his voice changes when he tells me that so-and-so from work is expecting another child... and suddenly I’m reminded of how much this affects him.

We cannot assume that men are less affected by infertility

He is the calm to my storm, the rationale to my ridiculousness and the solid ground to my whirlwind. But he is also a man dealing with infertility, completely in his own right. A man who wants a baby. A man devoting years of his life to make it happen. A man watching it seamlessly fall into place for other people and then watching, heartbroken and powerless, as his wife jabs and bloats and bleeds and cries trying to achieve the same. This is a man who feels just as ready to be a father as I do a mother and nobody - not even me - is giving him enough credit for what he’s going through.

No matter how chilled they may appear and no matter how convincing their locker-room bravado is, we simply cannot assume that men are OK. We cannot assume that they are any less affected by infertility than women are. We cannot compromise their mental health by not providing them with the advice and support they need and we cannot focus all our attention on the female and allow male fertility and wellbeing to decline even further. If we assume men are OK, what we're actually doing is telling them that 'not being OK' isn't what we expect from them.

So these are the hard facts:
• Male factor issues account for 40% of all cases of infertility (London Centre of Sciences);
• Studies have reported a 50-60% decline in sperm count in the last 50 years (NHS);
• High rates of depression, anxiety, suicidal tendencies and a strong conceptualization of grief affects those dealing with infertility (World Health Organisation);
• Men are far less likely than women to seek support from professionals, friends, family or social communities. (Men's Health Forum); and
• In the UK, suicide remains the most common cause of death for men aged 20-49 (Mens Health Forum)

And if you take one thing away from this piece, let it be this: be an ally to your male friends, family members, colleagues, patients, clients, students, acquaintances and strangers. Remember that stigmas around male infertility and male mental health still exist so don't fan the flames by ignoring them. Ask them how they are. And then ask them again.

The irony of me writing about these sort of issues from the viewpoint of a woman isn't lost on me so please let me point you in the direction of some male-led, infertility and IVF focussed Instagram accounts, blogs and podcasts: 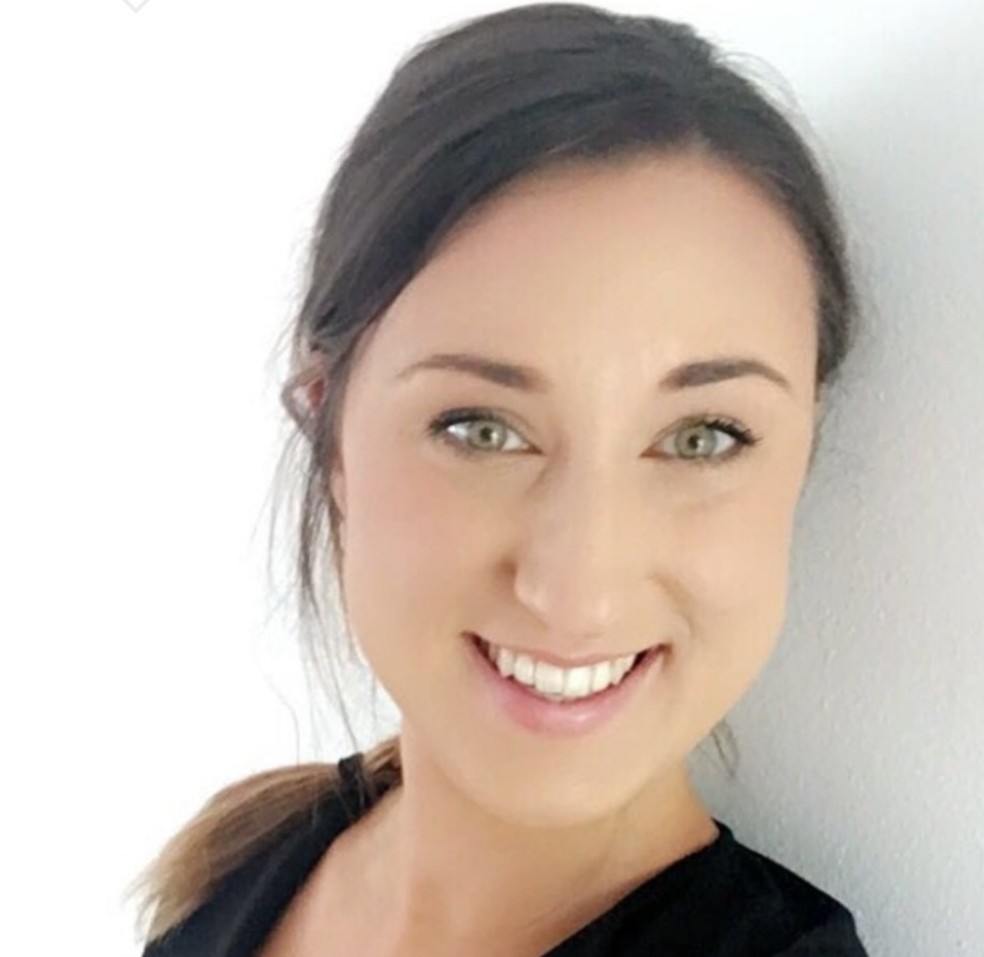 "It's taken a long time to accept that - for us - becoming parents will involve plastic cups, a bathroom full of medication and A LOT of time with my legs in stirrups - all the romantic stuff. Who knew it could be so hard?". Lauren and her husband await IVF treatment with the NHS. After 3 years trying to conceive and 2 failed rounds of IVF they both feel nervous but optimistic about their upcoming frozen embryo transfer. Lauren has been writing about their journey on her blog - The Dinky Blog - in the hopes that it will help others muddling through similar challenges to find some normality (and perhaps even humour) during a tricky and uncertain time. 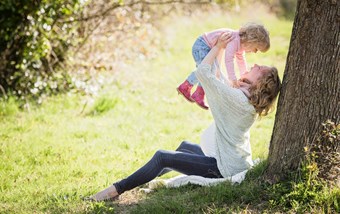 Fertility treatments for single women: what you need to know

Going through fertility treatment, regardless of your relationship status, is a huge decision to make with lots of factors to consider - so to help you get started on your journey, we’ve answered the most frequent questions we get from single women looking to have their first baby. 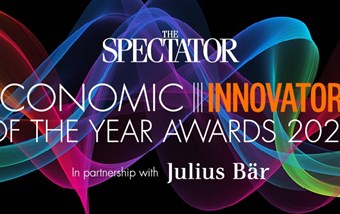 Economic Innovator of the Year at 2020 Spectator Awards

CREATE Fertility and ABC IVF were last night recognised by the Spectator Economic Innovator of the Year Awards 2020, taking home the award for the London and South East region in recognition of our work fighting for safer and more affordable IVF treatment. 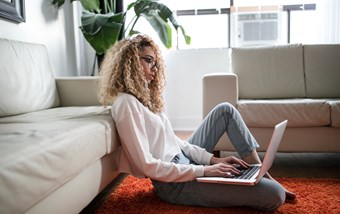 We are delighted to announce that we are now a Gold Partner of Fertility Network UK, the UK’s leading fertility support network.