Myself and my husband had been together for 15 years. We met at school, travelled the world together, began our careers and then got married; having a baby just felt like the right next step.

We started trying a year after we got married, but it wasn’t happening as easily as we had hoped. We tried all the recommended aids like ovulation kits, as well as experimenting with natural remedies and acupuncture.

After a year of trying, we contacted our GP, who referred us to a fertility clinic to run some tests. It was then we discovered that our problems in conceiving were due to male factor, but we were told to keep trying whilst incorporating some lifestyle changes, such as trying vitamins and changing our diets.

Despite making these changes, we still struggled to conceive. It was at this point I began looking into fertility treatments, which is when I found abc ivf online.

I suggested to my husband that we go for a consultation. Initially he was a bit sceptical as he didn’t know anyone who had been through IVF, but eventually we agreed that it was worth a shot.

We had our first consultation later that year and had a great first impression. Everyone at the clinic was so welcoming and friendly, immediately making us feel comfortable as we were taken through all the available options, provided with test results and given all the necessary background information.We were recommended IVF with ICSI, due to my husbands low sperm count.

We weren’t put under any pressure, but got to grips with timeframes, as well as the costings. Initially, we were sceptical over how low the cost was, but after some more research into the clinic, we knew we were in safe hands and decided to go ahead with the treatment, starting off pretty much straight away.

We found the process quite nerve-wracking at first, with everything being completely new to us and not many people knowing we were going through this.

We went to the clinic for my egg collection, and within a couple of days we had six embryos. After identifying the best quality one and freezing the other embryos (as we may want more children in the future), the embryo transfer began at the beginning of July 2019.

When we went in for an early pregnancy test, it came back positive! I couldn’t believe it and was overwhelmed with emotions after such a difficult year of trying. 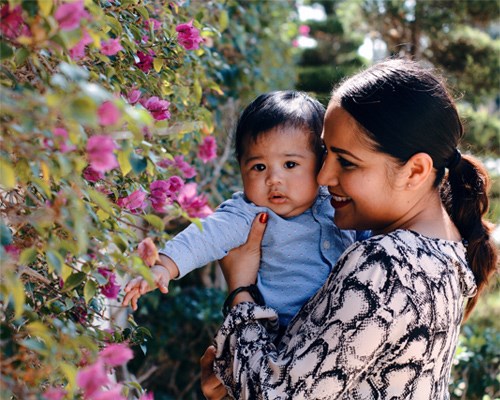 The handover to my GP all went smoothly, with abc ivf supporting the whole process and checking in a few weeks later. We never felt like we were forgotten about – just last month we got a phone call from the clinic to check in, even after a whole year has passed.

We had a fantastic experience with abc ivf, who made us feel comfortable every step of the way. Thanks to them, we had our baby boy earlier this year.

'*Names and images have been changed for patient confidentiality purposes.